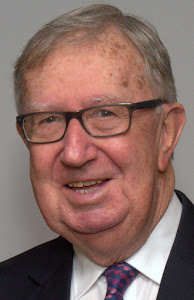 Harold Sharp has been involved in professional fundraising for some 40 years, culminating as CEO of the North Shore Heart Research Foundation.

He joined Rotary in 1977 and is a member of the Rotary Club of Gosford City. Harold is a multiple Paul Harris Awardee and the recipient of Rotary International highest personal award “Service Above Self Recognition“.

He served as District Governor for District 9685 in 2002-2003. He has also served on the Boards of Australian Rotary Health and Rotary Down Under and held senior roles in Rotary International Conventions and Institutes.

In the 2020 Queen’s Birthday Honours, Harold’s service to the community was recognised when he was awarded a Medal of the Order of Australia (OAM).

Harold is married to Past District Governor Gina Growden and has 3 children and 7 grandchildren.