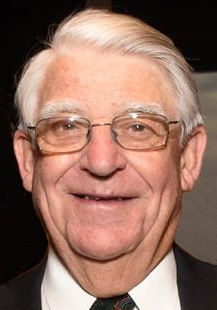 Bob Richards was born in England, graduating from London University as a Metallurgist in 1962. He worked in the steel making industry in UK, Sweden and Belgium before migrating to Australia in 1979. Bob and his wife Pam have 2 sons and 5 grandchildren.

Bob joined the Rotary Club of Sutherland in 1986 and was President in 1991-1992. He has served on the District PolioPlus, District Conference, Community Service, Vocational Service and International Service Committees. He was a District Governor’s Assistant
from 1997 – 2000, Assistant Governor in 2002-2003 and district Rotary Foundation Chair in 2006-07.