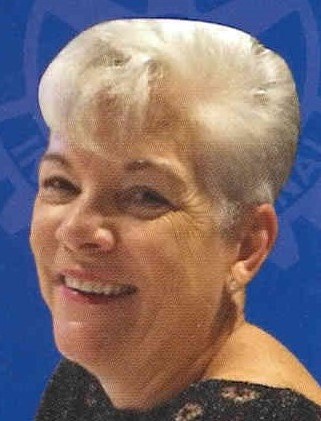 Adele commenced working life as a receptionist at a Doctor’s surgery, then progressed to the Gladstone Hospital, where she was the Secretary for the Manager, Medical Superintendent and Matron.

In 1978 she and her husband Wade established a new printing business, which has run successfully for the past 40 years, constantly keeping pace with new technology. In 1997 they also established a Funeral Home, which Adele manages.

While raising their children, Adele and Wade became President’s, Manager’s Coaches, Treasurer’s and Secretary’s of many different organisations including Hockey Clubs, Swimming Clubs, the Gladstone Salvation Army Youth Section and many others.

Adele was introduced to Rotary in 1999 and joined the RC of Gladstone Midday. In 2001/2002 she was President of the Midday Club, was Secretary for 3 years and has held Directorships of many of the Club committees. She is a founding member of the Inner Wheel Club of Port Curtis, where she has served as President, Secretary and Committee Chair.

A lifestyle change saw Adele and Wade spending more and more time at the idealic haven of Agnes Water, and a desire to bring Rotary to the Discovery Coast, saw Adele become one of the charter members of the RC of Discovery Coast in 2016. She held the position of Secretary of the Club for two years.

Adele and Wade are very proud of their 4 children, who are married to 4 beautiful children-in-law, and who have given them the joy of their lives – their delightful 10 grandchildren.